Dask is a parallel computing library that offers not only a general framework for distributing complex computations on many nodes, but also a set of convenient high-level APIs to deal with out-of-core computations on large arrays. Dask provides data structures resembling NumPy arrays (dask.array) and pandas DataFrames (dask.dataframe) that efficiently scale to huge datasets. The core idea of Dask is to split a large array into smaller arrays (chunks).

In this recipe, we illustrate the basic principles of dask.array.

Memory is not allocated for this huge array. Values will be computed on-the-fly at the last moment.

3.  Let's say we want to compute the mean of every column:

This object mu is still a dask array and nothing has been computed yet.

5.  Now, we profile the memory usage and time of the same computation using either NumPy or dask.array:

NumPy used 763 MB to allocate the entire array, and the entire process (allocation and computation) took more than 4 seconds. NumPy wasted time generating all random values and computing the mean of all columns whereas we only requested the first 100 columns.

6.  Next, we use dask.array to perform the same computation:

This time, dask used only 67 MB and the computation lasted about 100 milliseconds.

7.  We can do even better by changing the shape of the chunks. Instead of using 100 square chunks, we use 100 rectangular chunks containing 100 full columns each. The size of the chunks (10,000 elements) remains the same:

This is more efficient when computing per-column quantities, because only a single chunk is involved in the computation of the mean of the first 100 columns, compared to 10 chunks in the previous example. The memory usage is therefore 10 times lower here.

8.  Finally, we illustrate how we can use multiple cores to perform computations on large arrays. We create a client using dask.distributed, a distributed computing library that complements dask:

9.  The computation represented by the Y.sum() dask array can be launch locally, or using the dask.distributed client:

The second method scales to large clusters containing many nodes.

10.  We have seen how dask.array could help us manage larger datasets in less memory. Now, we show how we can manipulate arrays that would never fit in our computer. For example, let's compute the average of a large terabyte array:

The way this task is processed, chunk after chunk, can be seen on this graphic showing CPU and RAM usage as a function of time: 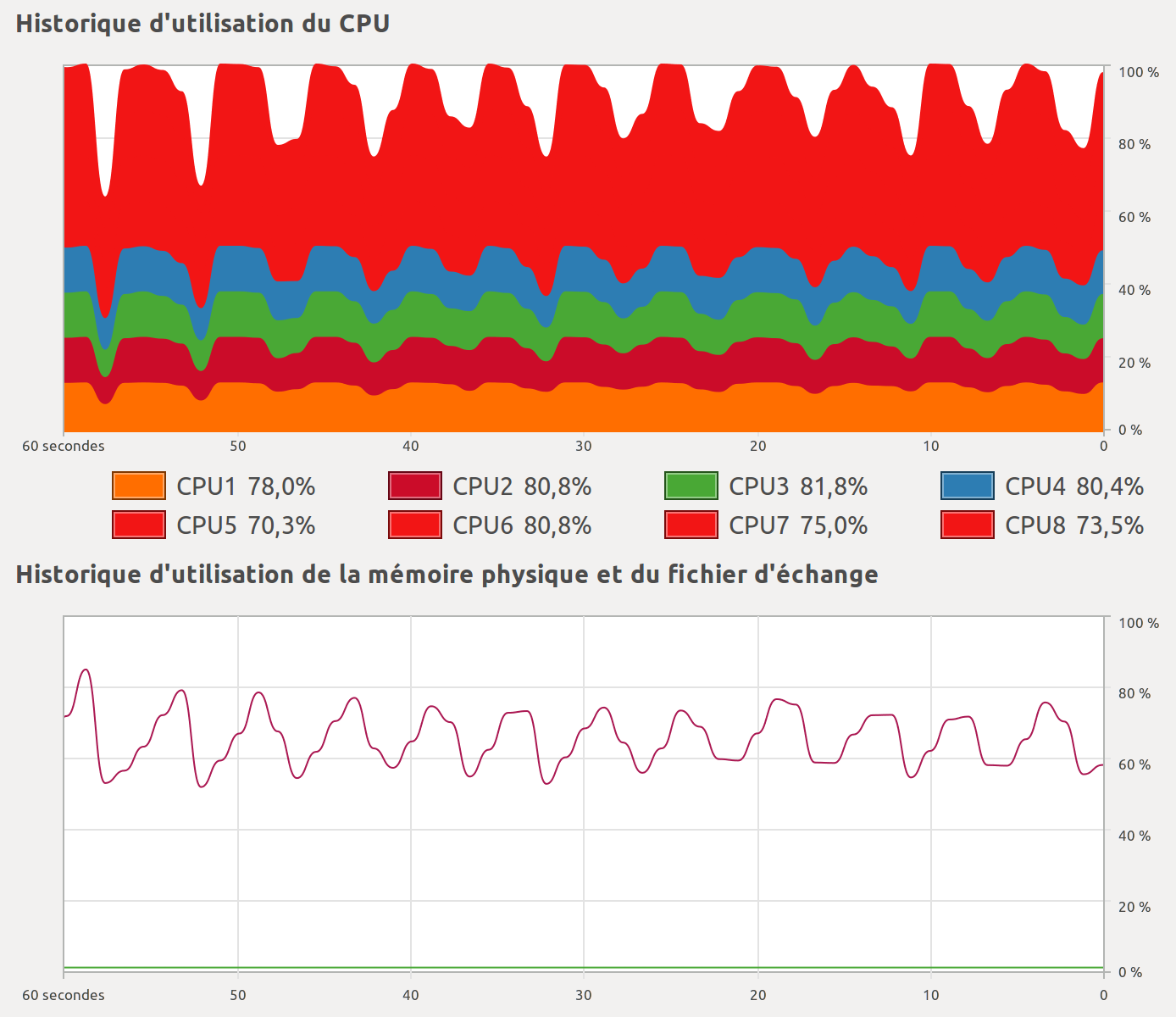 The dask.array interface shown here is just one of the many possibilities offered by the low-level, graph-based distributed computing framework implemented in Dask. With task scheduling, a large computation is split into many smaller computations that may have complex dependencies represented by a dependency graph. A scheduler implements algorithms to execute these computations in parallel by respecting the dependencies.