Here, we will conduct a brief analytical study of a famous nonlinear differential system: the Lotka-Volterra equations, also known as predator-prey equations. These equations are first-order differential equations that describe the evolution of two interacting populations (for example, sharks and sardines), where the predators eat the prey. This example illustrates how to obtain exact expressions and results about fixed points and their stability with SymPy.

For this recipe, knowing the basics of linear and nonlinear systems of differential equations is recommended.

2.  The variables \(x\) and \(y\) represent the populations of the prey and predators, respectively. The parameters \(a\), \(b\), \(c\), and \(d\) are strictly positive parameters (described more precisely in the How it works... section of this recipe). The equations are:

4.  Let's write the 2D vector with the two equations: 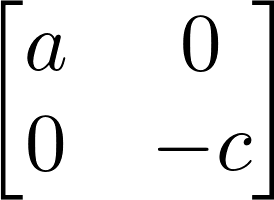 The parameters \(a\) and \(c\) are strictly positive, so the eigenvalues are real and of opposite signs, and this fixed point is a saddle point. As this point is unstable, the extinction of both populations is unlikely in this model. 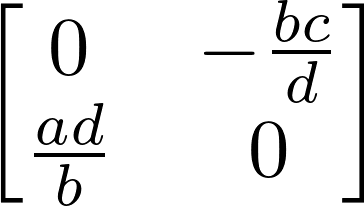 The eigenvalues are purely imaginary: thus, this fixed point is not hyperbolic. Therefore, we cannot draw conclusions from this linear analysis about the qualitative behavior of the system around this fixed point. However, we could show with other methods that oscillations occur around this point.

Here, we were able to compute symbolic expressions for the Jacobian matrix and its eigenvalues at the equilibrium points.

Even when a differential system is not solvable analytically (as is the case here), a mathematical analysis can still give us qualitative information about the behavior of the system's solutions. A purely numerical analysis is not always relevant when we are interested in qualitative results, as numerical errors and approximations can lead to wrong conclusions about the system's behavior.