SymPy contains many number-theory-related routines: obtaining prime numbers, integer decompositions, and much more. We will show a few examples here.

To display legends using LaTeX in matplotlib, you will need an installation of LaTeX on your computer (see this chapter's introduction).

2.  We can test whether a number is prime:

3.  We can find the next prime after a given number:

6.  We can plot \(\pi(x)\), the prime-counting function (the number of prime numbers less than or equal to some number \(x\)). The prime number theorem states that this function is asymptotically equivalent to \(x/\log(x)\). This expression approximately quantifies the distribution of prime numbers among all integers: 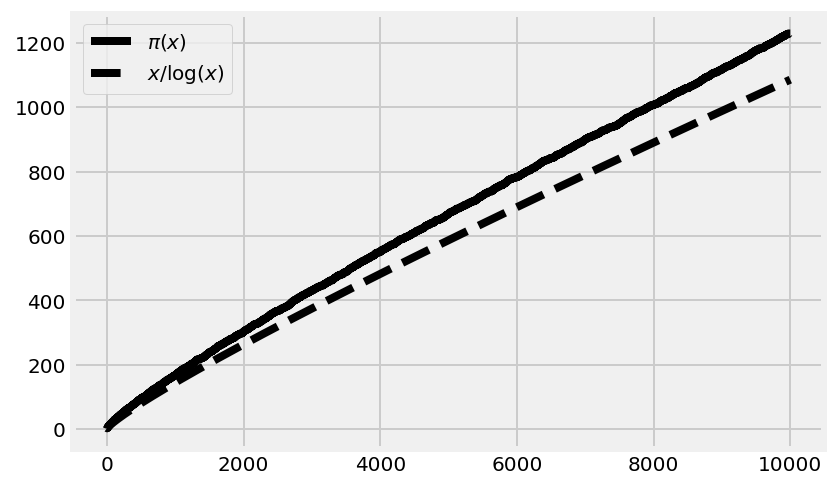 7.  Let's compute the integer factorization of a number: 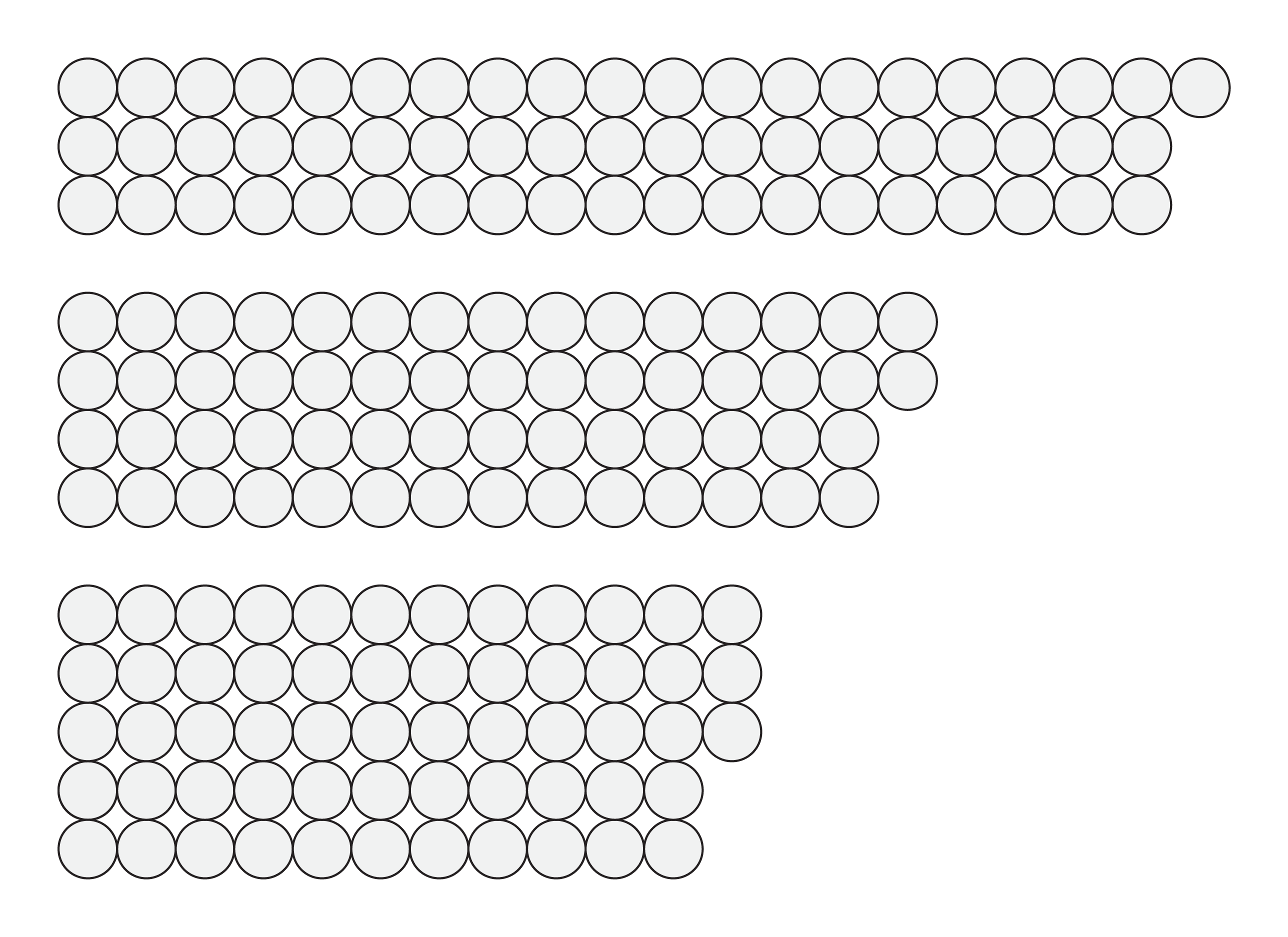 The Chinese Remainder Theorem gives us the answer:

There are infinitely many solutions: 58 plus any multiple of 60. Since there are less than 100 marbles, 58 is the right answer.

SymPy contains many number-theory-related functions. Here, we used the Chinese Remainder Theorem to find the solutions of the following system of arithmetic equations:

The triple bar is the symbol for modular congruence. Here, it means that \(m_i\) divides \(a_i - n\). In other words, \(n\) and \(a_i\) are equal up to a multiple of \(m_i\). Reasoning with congruences is very convenient when periodic scales are involved. For example, operations involving 12-hour clocks are done modulo 12. The numbers 11 and 23 are equivalent modulo 12 (they represent the same hour on the clock) because their difference is a multiple of 12.

The theorem states that solutions exist as soon as the \(m_i\) are pairwise co-prime (any two distinct numbers among them are co-prime). All solutions are congruent modulo the product of the \(m_i\). This fundamental theorem in number theory has several applications, notably in cryptography.

Here are a few textbooks about number theory: