▶  Go to Chapter 12 : Deterministic Dynamical Systems
▶  Get the Jupyter notebook

Cellular automata are discrete dynamical systems evolving on a grid of cells. These cells can be in a finite number of states (for example, on/off). The evolution of a cellular automaton is governed by a set of rules, describing how the state of a cell changes according to the state of its neighbors.

Although extremely simple, these models can initiate highly complex and chaotic behaviors. Cellular automata can model real-world phenomena such as car traffic, chemical reactions, propagation of fire in a forest, epidemic propagations, and much more. Cellular automata are also found in nature. For example, the patterns of some seashells are generated by natural cellular automata. 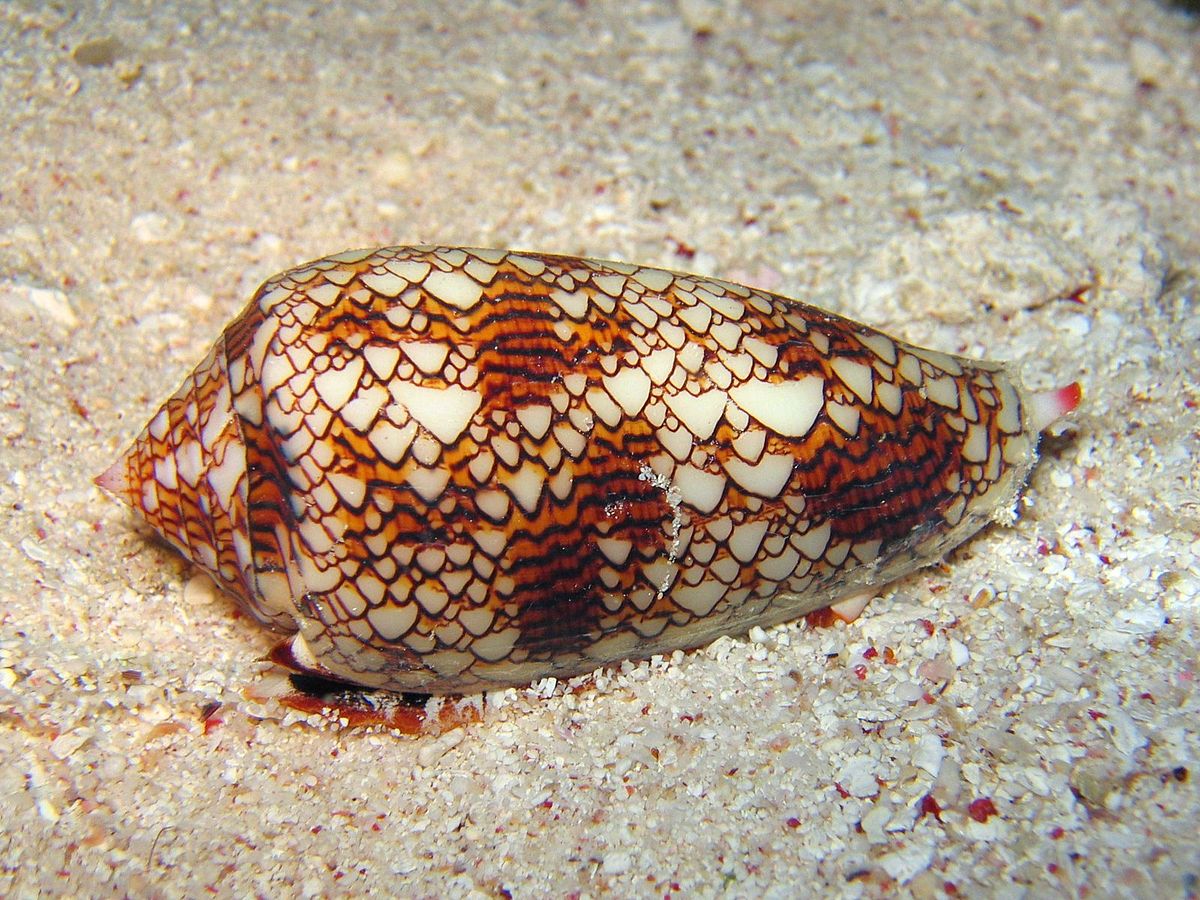 An elementary cellular automaton is a binary, one-dimensional automaton, where the rules concern the immediate left and right neighbors of every cell.

In this recipe, we will simulate elementary cellular automata with NumPy using their Wolfram code.

1.  We import NumPy and matplotlib:

2.  We will use the following vector to obtain numbers written in binary representation:

3.  Let's write a function that performs an iteration on the grid, updating all cells at once according to the given rule in binary representation (we will give all explanations in the How it works... section). The first step consists of stacking circularly-shifted versions of the grid to get the LCR (left, center, right) triplets of each cell (y). Then, we convert these triplets into 3-bit numbers (z). Finally, we compute the next state of every cell using the specified rule:

4.  We now write a function that simulates any elementary cellular automaton. First, we compute the binary representation of the rule (Wolfram Code). Then, we initialize the first row of the grid with random values. Finally, we apply the function step() iteratively on the grid: 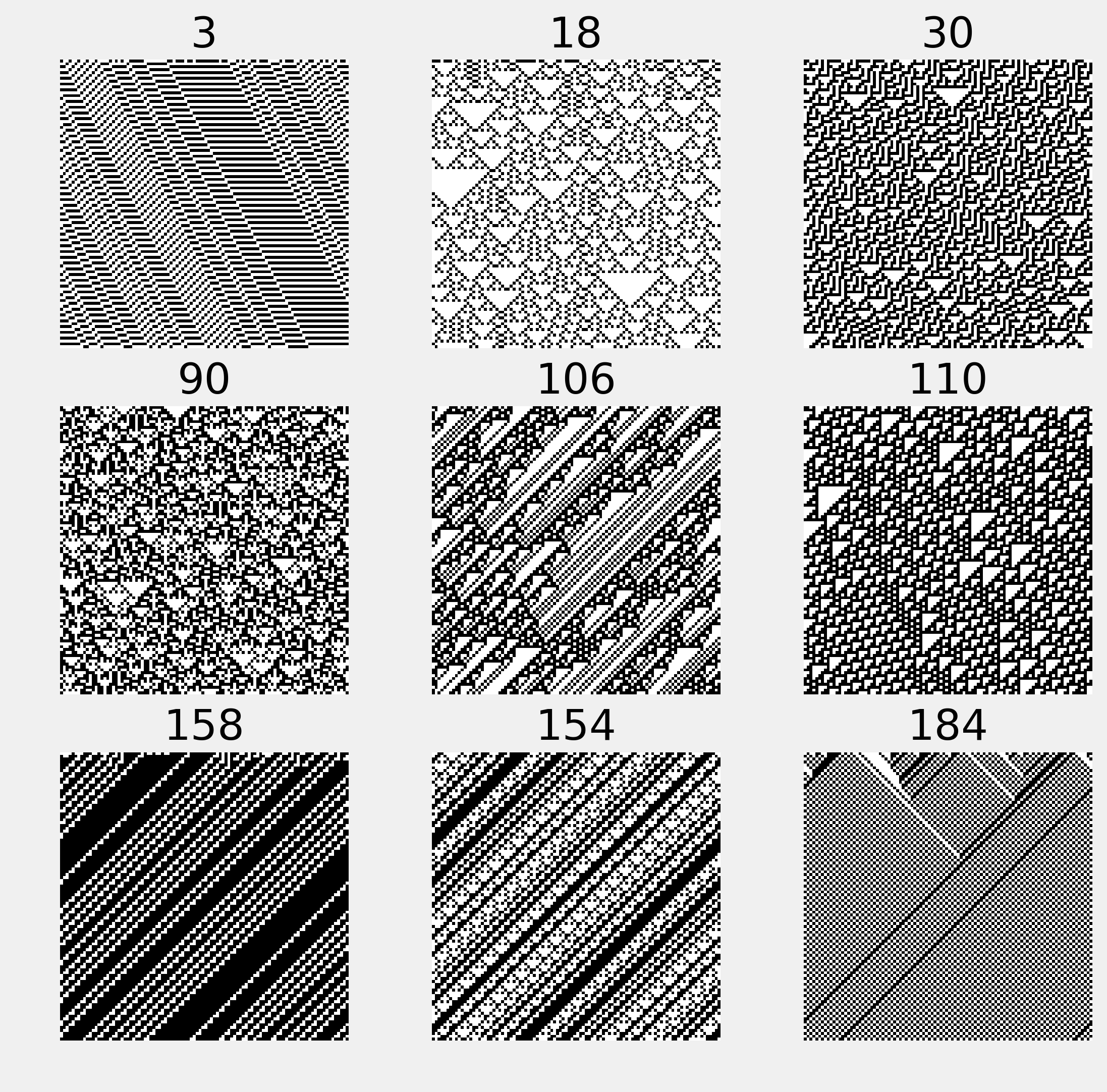 We consider all eight LCR states in order: 111, 110, 101, ..., 001, 000. Each of the eight digits in the binary representation of the automaton's number corresponds to a LCR state (using the same order). For example, in the Rule 110 automaton (01101110 in binary representation), the state 111 yields a new state of 0 for the center cell, 110 yields 1, 101 yields 1, and so on. It has been shown that this particular automaton is Turing complete (or universal); it can theoretically simulate any computer program.

Other types of cellular automata include Conway's Game of Life, in two dimensions. This famous system yields various dynamic patterns. It is also Turing complete.