▶  Go to Chapter 11 : Image and Audio Processing
▶  Get the Jupyter notebook

In this recipe, we will find points of interest in an image with scikit-image. This will allow us to crop an image around the subject of the picture, even when this subject is not in the center of the image.

2.  We create a function to display a colored or grayscale image: 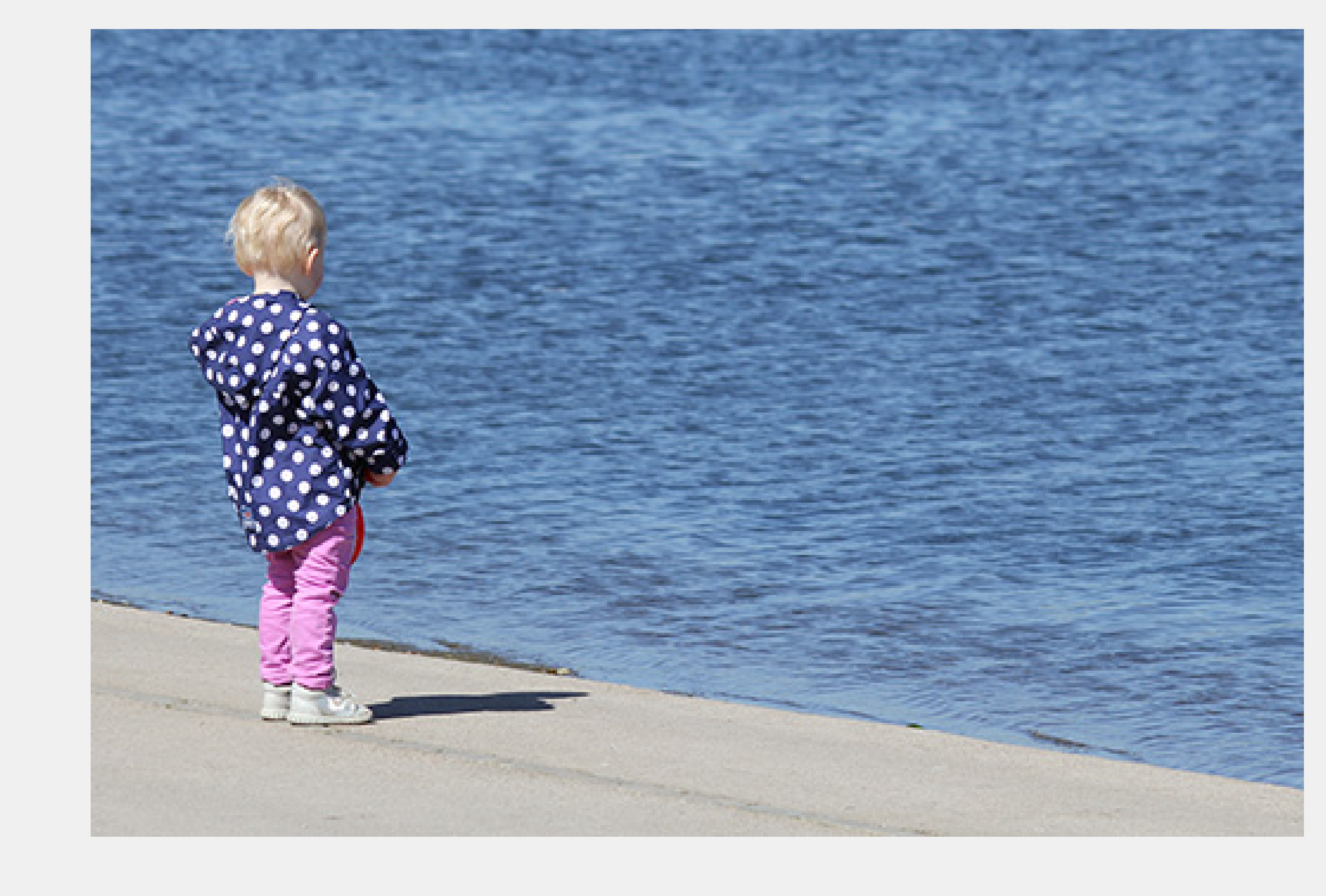 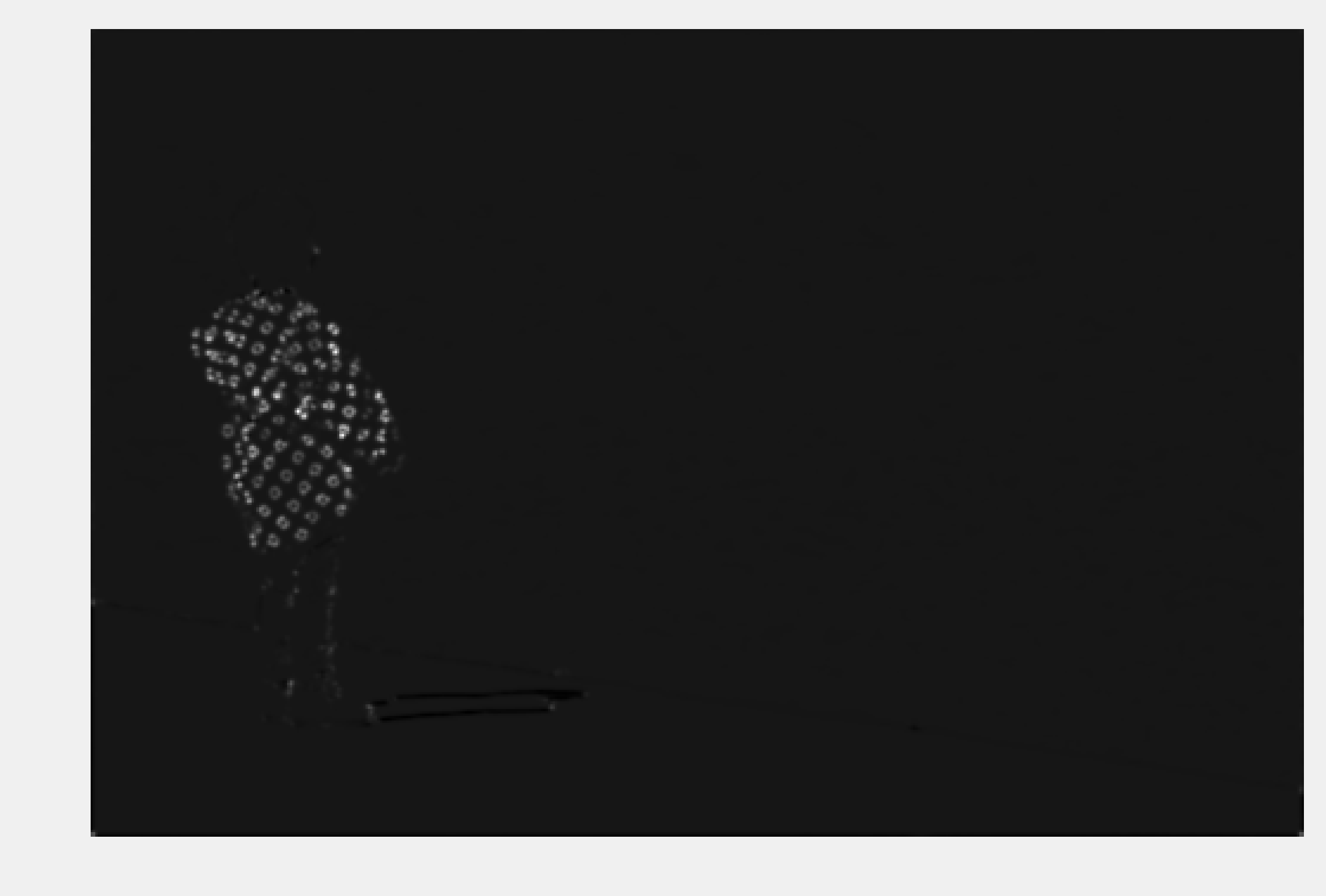 We see that the patterns in the child's coat are well detected by this algorithm.

5.  The next step is to detect corners from this measure image, using the corner_peaks() function: 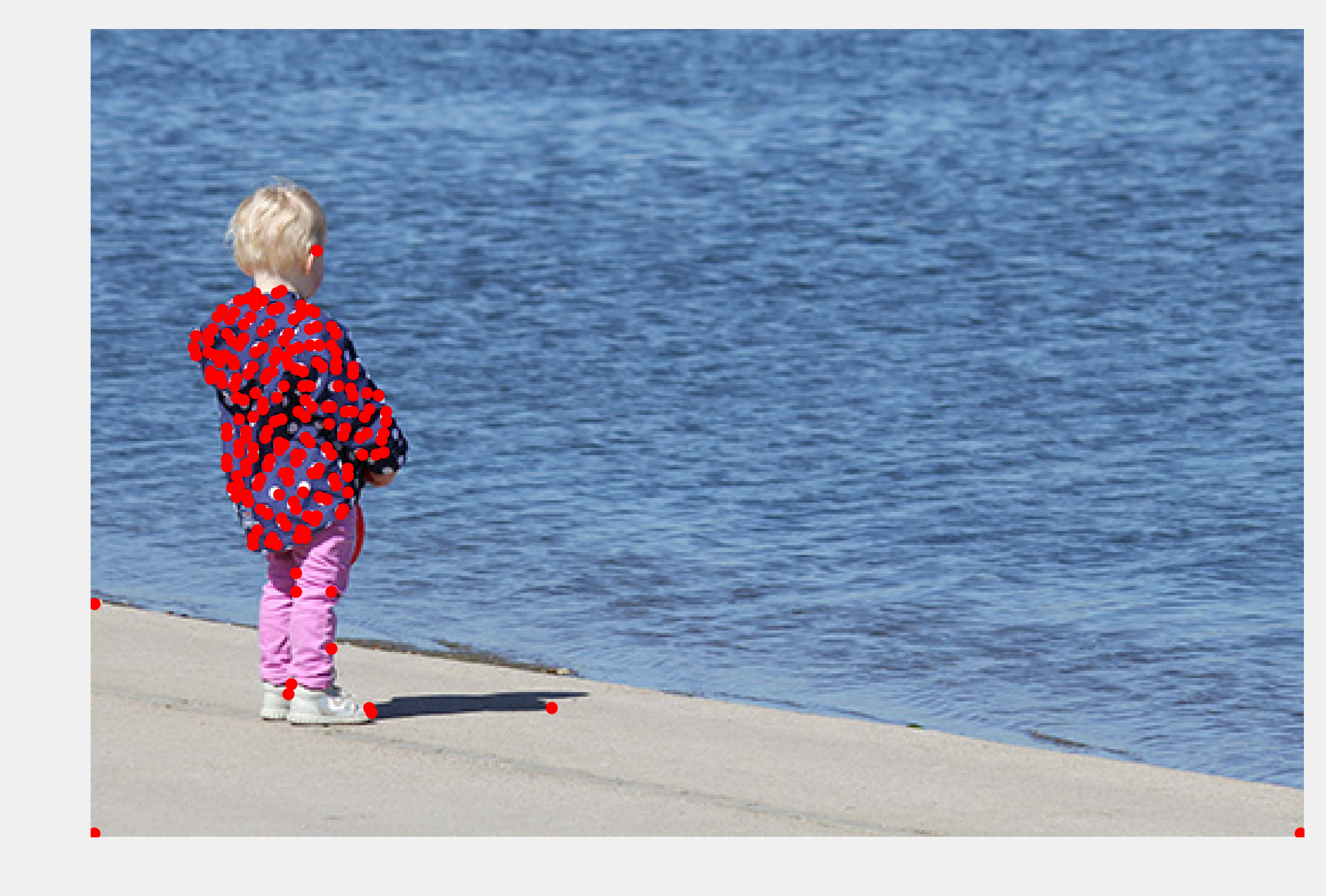 6.  Finally, we create a box around the median position of the corner points to define our region of interest: 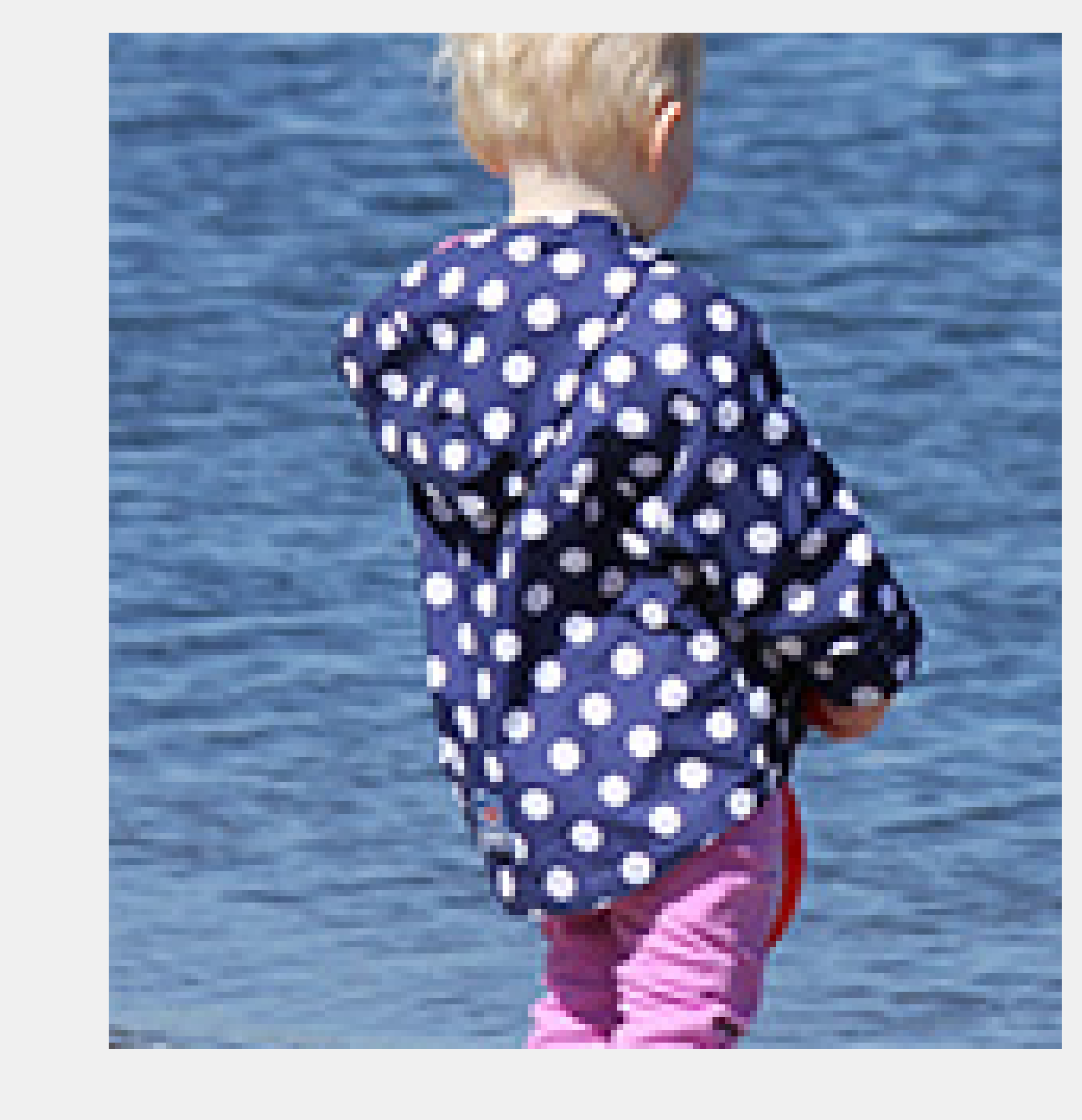 Let's explain the method used in this recipe. The first step consists of computing the structure tensor (or Harris matrix) of the image:

Here, \(I(x, y)\) is the image, \(I_x\) and \(I_y\) are the partial derivatives, and the brackets denote the local spatial average around neighboring values.

This tensor associates a \((2,2)\) positive symmetric matrix at each point. This matrix is used to calculate a sort of autocorrelation of the image at each point.

Here, \(k\) is a tunable parameter. \(M\) is large when there is a corner. Finally, corner_peaks() finds corner points by looking at local maxima in the corner measure image.